Salt Water Swimming Pools in Ottawa and the World! 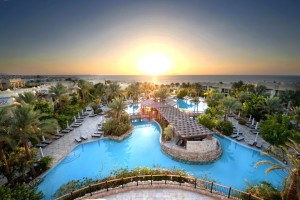 The benefits of swimming in salt water have been known for centuries, and luckily, salt water swimming pools in Ottawa are now becoming increasingly popular with homeowners and their friends alike!

If you are considering constructing a new pool in your backyard, or simply know it is time to convert your chlorination to a salt water system, why not take a trip around the world in a few minutes to learn about how salt water seas have been famous for their health benefits throughout the ages and continents?

The most famous body of water with an incredible high salinity level is the picturesque Dead Sea, which neighbours Jordan, Israel and Palestine. Tourists have been attracted to the Dead Sea for millennia, as it served as what can be known as a spa today, with swimmers around the world reporting health benefits from bathing in it waters, including: pain relief from arthritis, inflammation reduction and of course, smoother skin and hair.

It is thought that even the air you breathe when visiting the location is beneficial to your health, due to the presence of bromide in the air.

Furthermore, did you know the Dead Sea is also the lowest point on earth below sea level?

Further south, between the African and Asian continents is the Red Sea, another highly salinated (and highly popular) sea destination. Indeed, the coastal towns it hosts, such as Sharm El-Sheik, have been popular with the locals as well as visitors from all over the world for years!

Of course, Canada, with its incredibly rich and diverse landscape, also has a salt water body of its own: indeed, Manitou Lake (approximately 100 kilometers south of Saskatoon) is known as “Canada’s Dead Sea”. It is said that the local Native inhabitants would bring sick men and women to the lake to cure them of various diseases, including smallpox.

Finally, let’s jump ahead and put on our spacesuit and go as far away in our solar system as Jupiter. Indeed, a very recent discovery by NASA has confirmed one of Jupiter’s moons possesses a salt water ocean hidden beneath the moon’s thick layer of ice. How fascinating!

However, there is no need to spend a fortune on a plane ticket around the world to reap the benefits of a salt water swim! Luckily, it is possible for homeowners to own their very own salt water swimming pool in Ottawa. Will your pool make neighbourhood history?